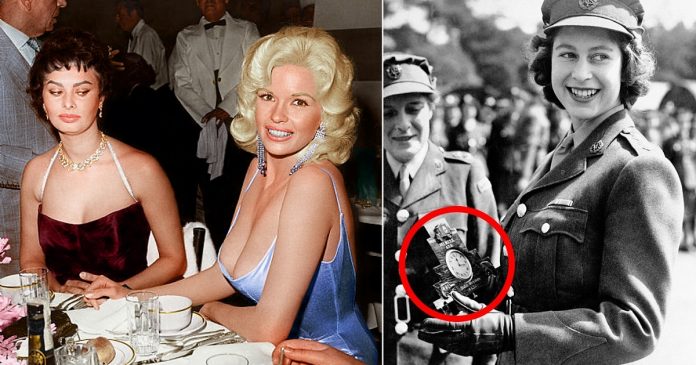 Numerous pictures from history can be seen in ancient books, newspapers and even when you browse the internet, you can see most of the pictures that you want. However, most of the famous pictures of history that we see regularly, presents the remarkable events that took place and therefore, we do not often get a chance to see ordinary happenings of old days. But here we have a collection of historical photos that will show you a few glimpses of pictures from history that you would not often see or hear.

So, scroll down to see the pictures and do not forget to share your favorite.

The picture shows a daguerreotype image of the Boulevard du Temple in Paris made by Louis Daguerre from his window in the spring of 1838. There could have been a lot more people in the image, but we can only see a shoe cleaner and his client.

The picture shows Olive Oatman’s parents who were killed in 1859 when she was only 14 years old. The girl was kidnapped by Indians and then sold into the slavery of the Mohave. After 5 years spent in the tribe, the young woman managed to return to American society. Perhaps the Mohave treated Olive not as a slave but as an equal because they made her tattoos they themselves wore.

#3. The first known photograph of an obscene gesture, 1886

It seems that the photographer did something wrong to baseball player Charles Radbourn. He has shown the middle finger at the camera and it can be registered as the first obscene gesture captured in a photo.

This is how the Princeton students looked like after a seemingly innocent snowball fight. They could easily be mistaken for soldiers who have just returned from a battlefield or for the victims of furious bees.

#5. A sculptor helps a veteran disguise the consequences of injuries, 1917

Plastic surgeries were still at their premature age at the beginning of the 20th century, but it had an alternative: masks replacing lost parts of the face. Anna Coleman Ladd was one such expert in the field and even though it couldn’t make the face as it was before, it was a blessing for many people who had lost hopes about their appearance.

#6. The tallest person in the history of medical observations, 1930s

#7. A German worker refuses to raise his hand in the NAZI salute, 1936

The man in the picture is August Landmesser who showed his disagreement with the policy of the Third Reich because of which he couldn’t marry a Jewish woman, Irma Eckler. Irma was later sent to a concentration camp, where she was killed, and August entered a penal battalion and disappeared.

Do not think beer had been a fuel any time! Of course, the beer wasn’t fuel. This is how it was carried to British soldiers fighting in Normandy during World War II. And before they started to pour beer into fuel tanks, barrels were attached to the fighters instead of munition.

During World War II, the future Queen of England served in the Women’s Auxiliary Territorial Service as a mechanic and ambulance driver. The picture shows her holding a clock in her hands which was a gift from her co-workers.

After the military action in Western Europe was finished, the dreadnought Queen Elizabeth safely delivered American soldiers to New York.

Sophia Loren, herself described this situation like this: “Paramount had organized a party for me. All of the cinema was there. And then in comes Jayne Mansfield, the last one to come. She knew everyone was watching. Where are my eyes? I’m staring at her nipples because I am afraid they are about to come onto my plate.”

The picture shows Ethel Granger who entered into Guinness records s the woman with the thinnest waist. She decided to change extremely to please her husband, William and accordingly she had to wear corsets, not taking them off at night, as well as high heels and pretentious piercings, for which Ethel’s husband personally pierced her nose with a silver needle. Over time, the woman’s waist reduced from a natural 62 cm (24.4″) to 33 cm (13″).

#13. The Beatles crossing the Abbey road in the opposite direction, 1969

Most of us have seen the photo of the famous “Abbey Road” cover. Yet there are other pictures of the band made in the same place. By the way, the white Volkswagen Beetle, which accidentally got into the frame was sold at auction in 1986 for £2,530.

Uncle Sam, strictly watching from campaign posters, is a collective image. However, this photo shows one of is prototype Walter Botts.

This photo was left in the surface of the moon by the astronaut Charles Duke who took part in the Apollo 16 mission as a Lunar Module Pilot. The picture shows Charles, his wife, Dorothy, and their sons Charles Jr. and Thomas on the surface of the Moon.

1979 Islamic revolution made changes in many Iranian people’s lives. Before that many Iranians looked like Europeans or Americans: they wore fashionable clothes, women didn’t hide their hair, and they didn’t even hesitate to appear on a beach in a bikini.

Lenny Kravitz posted this photo on his Instagram, saying it was made on September 2, 1993, during the MTV Music Awards ceremony. Lenny was playing his hit “Are You Gonna Go My Way,“ and Kurt, standing behind the scenes, ”accompanied” him on an imaginary guitar.

i like the iranian pop singer, it seems that Iran before was very open, they are highly civilized in terms of embracing modern style.

A Guy Photoshop Disney Characters With Himself

Are Video Games Bad For Your Mental State?