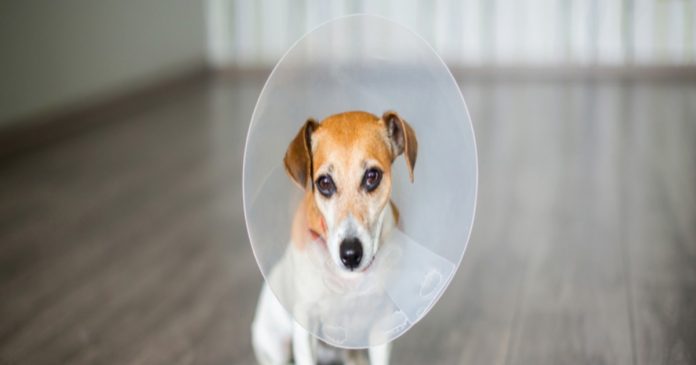 What’s a dog collar? Why do dogs wear them? Obviously not for fashion although non-dog owners think like that.  These dog collars have a lot of names. People call them cones of shame, pet cone, Elizabethan collar, Buster collar, E collar, or simply the pet cone.


These pet cones are named after the Ruffs worn in Western, Central Europe from the 16th century to the 17th century (Elizabethan times).

Suddenly, The Cone Of Shame Isn’t So Bad from r/aww

Normally, after surgery vets suggest this to prevent the animal from vexing an injury or removing the medicine. Also, this cone stops your pet from licking, biting, or scratching its injured skin. There’s a myth that some people think when a dog licks his wound, it cures fast. But Pet Health Network says “animal saliva is a sure way to slow down the healing.” Because, when these animals do so, there’s a higher tendency to ruin the healing tissues. So it’s really important to stop your pet dog/cat from being able to lick or scratch or destroy their healing wound. That’s why dogs wear these and it tells you that this particular animal is not well.

This cone is my life now

She’s keeping him company from r/aww

But now a new study by the researchers in the Sydney School of Veterinary Science at the University of Sydney has found the fact that the pet cone negatively affects those animal’s quality life. They used a global online survey to analyze how this collar affects an animal’s quality of life.

The majority of the pet owners gave negative responses. They said, when their animals were wearing the collar, the pet was so uncomfortable and it retarded the animal’s ability to drink or play. Finally, the team of researches concluded the study, recommending the vets to find alternatives as soon as possible.

Head-bump loving cats are the WORST when they have the cone of shame! from r/AnimalsBeingJerks

Cone of Cooties from r/coneofshame

Getting The Best Deal At Jewellery Stores Melbourne

Cute Drawings That Capture Funniest Moments Of Living With A Dog!