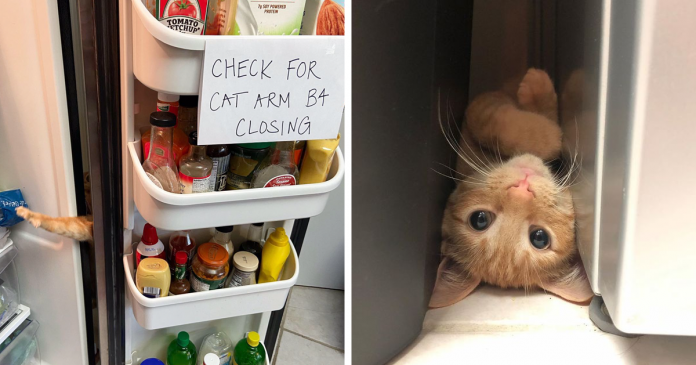 The global impact of the COVID-19 pandemic continues to worsen, with over 3 million confirmed cases and over 200K deaths. Unemployment and major financial struggles of the general public are rising as many developed and developing countries are under lockdown.

But, what’s most tormented by this pandemic is the mental health of people. In a situation where people are collectively struggling to keep themselves sane, it is no wonder that many depend on their pets for entertainment.

Maybe that’s why it’s not surprising that this photo of a sneaky cat struggling to steal snacks went viral. Along with the caution sign on the refrigerator, the cat arm reaching for a delicious bite is visible, making the picture hilarious. 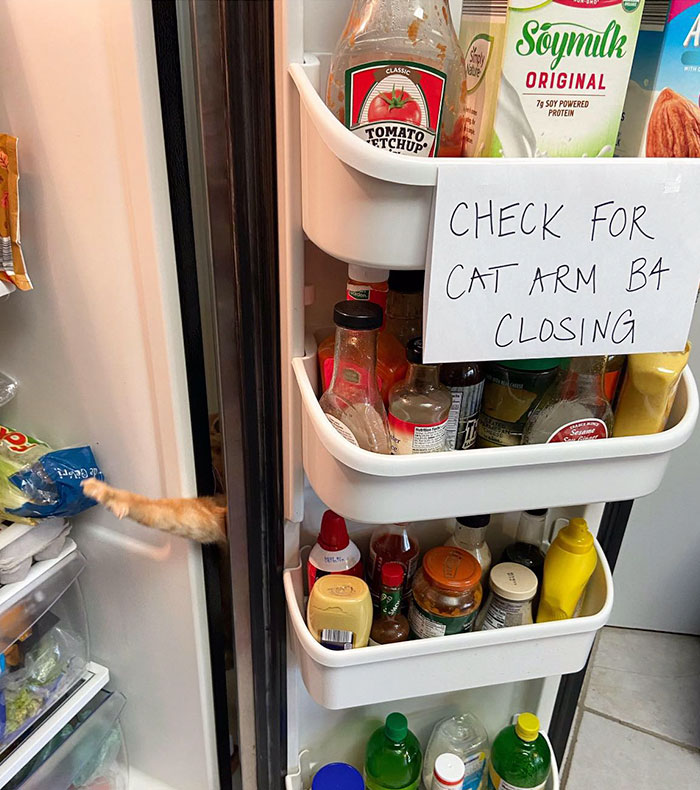 When asked from the cat owners about how they met, they revealed to Bored Panda: “One of our closest friends works at a local animal hospital. Someone found him at a gas station and brought him into the hospital. He was fostered for some time by another person but we suspect it wasn’t a good situation because he seemed very stressed, and they had returned him to the hospital. Carrot then lived at the hospital for two weeks, and our friend who worked there brought him over to our apartment one weekend when she was looking after him.” 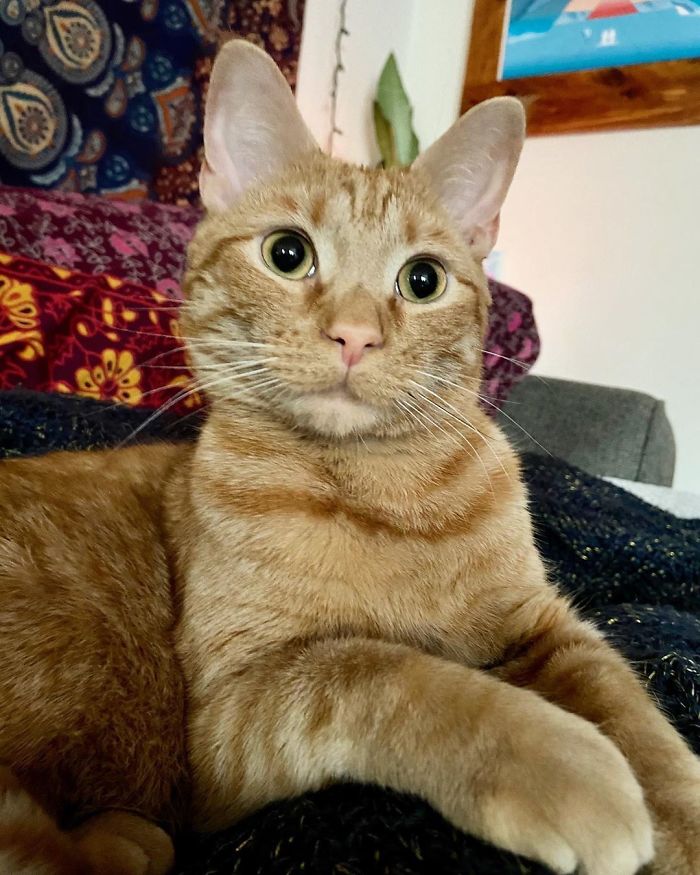 They revealed that they bonded very well with the cat since their very first encounter, and on the following Friday, they officially adopted him at 12 weeks. “He is both our first cat and our best friend and we feel extremely lucky to have found him”, said the new cat parents. 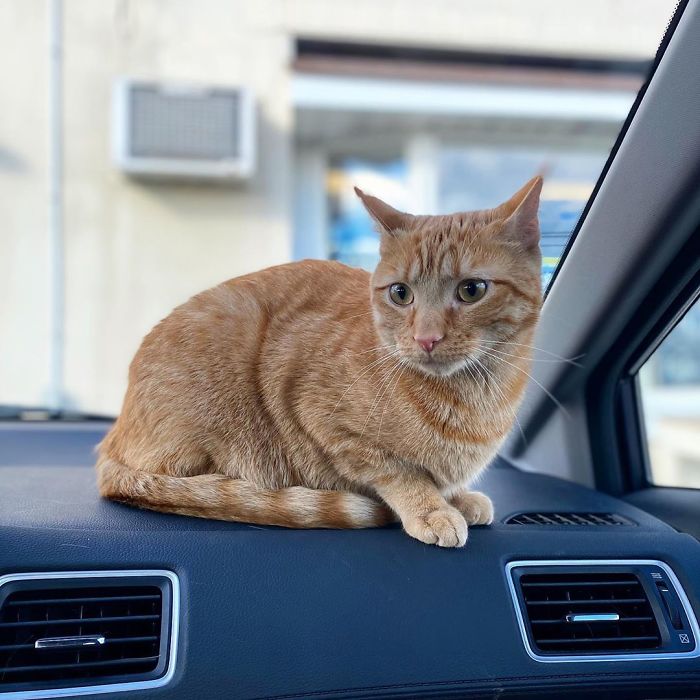 The owners had plenty to mention about Carrot’s personality, which turned out to be a playful and mischievous one. As the owners said, Carrot is extremely playful and is stuffed with energy. He loves playing tag, biting your hand, being chased, and playing fetch with his finger. Carrot is also very clingy, snuggly, and loves to stay close to his owners always. 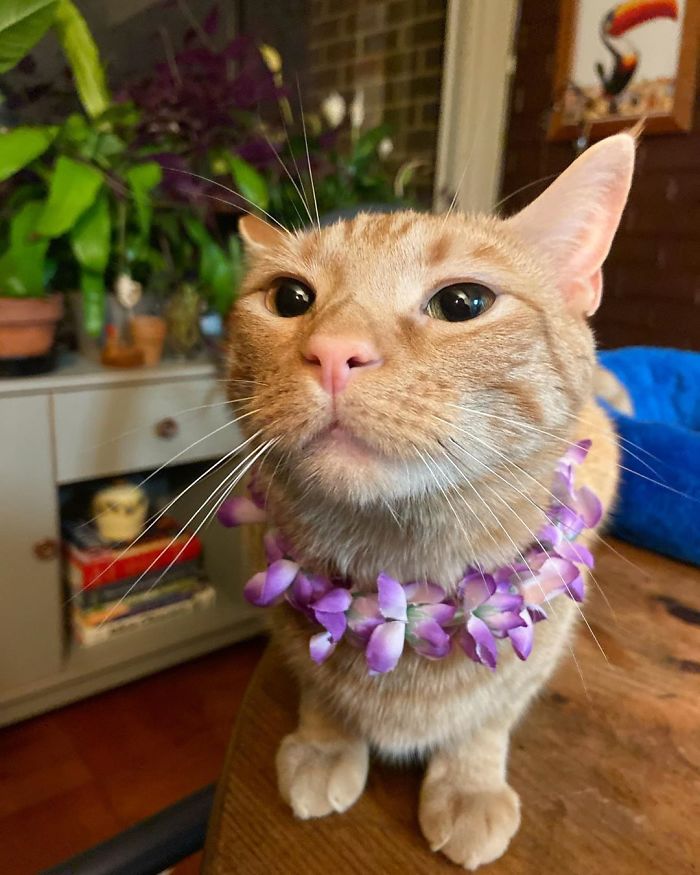 Last but not least, the owners revealed that Carrot is food-obsessed, which explained the photo of him that went viral and gained thousands of likes and shares. They said, “Carrot thinks it’s a game to stick his arm through the fridge crack and grab us while we are in there. The sign was put up as a reminder. The photo was not staged, and we actually didn’t even think of taking the photo until we saw him do it with the sign and laughed at how perfect it was.” 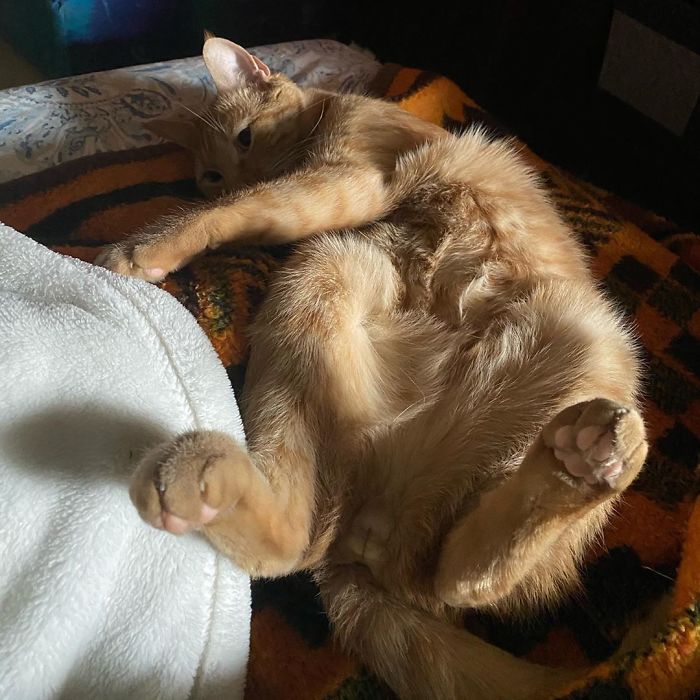 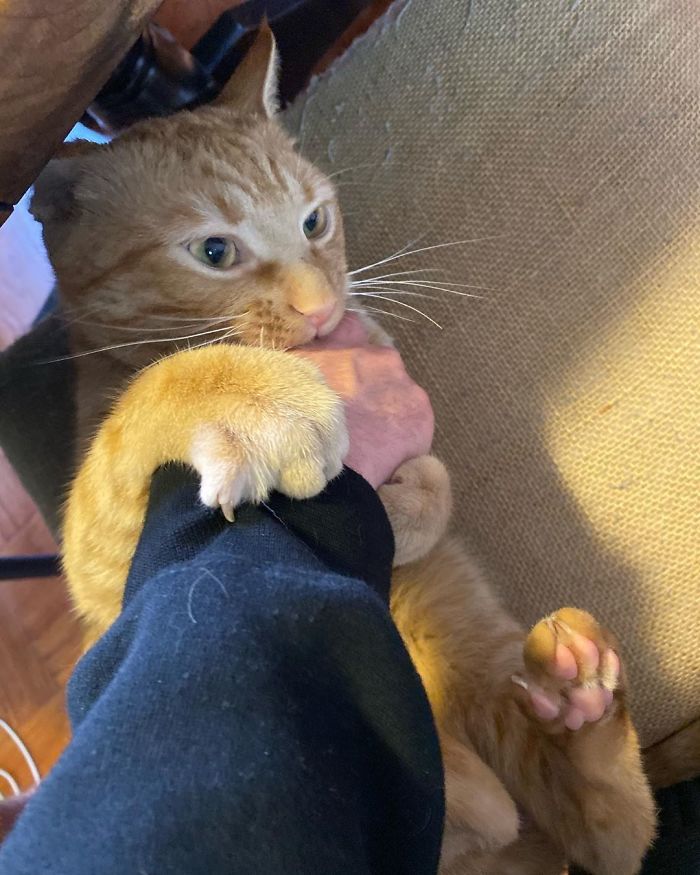 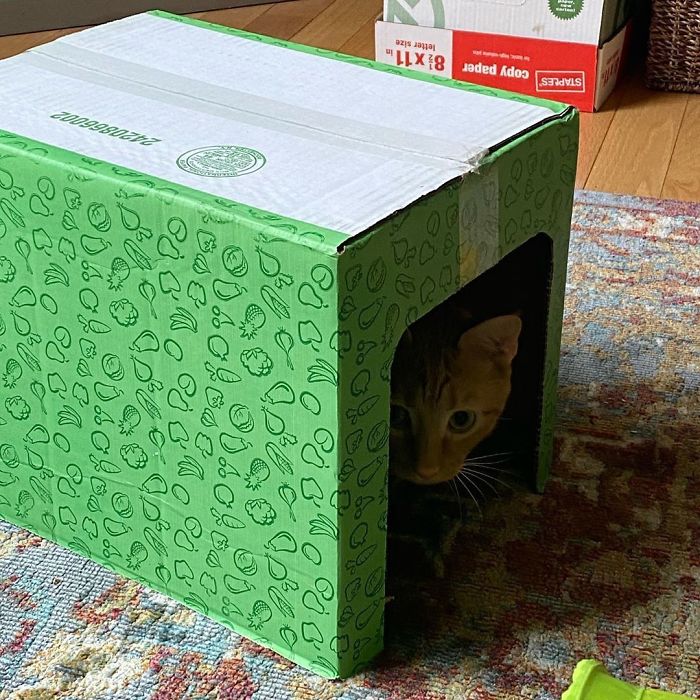 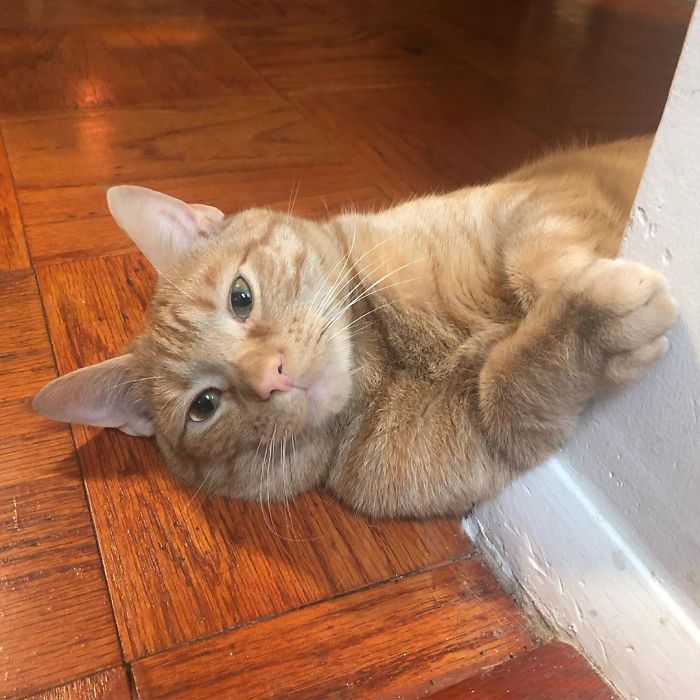 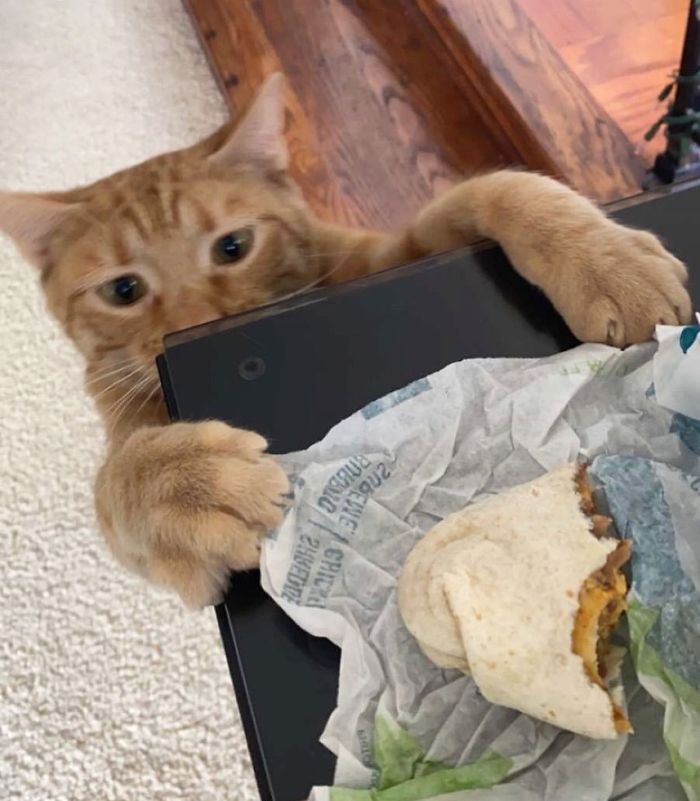 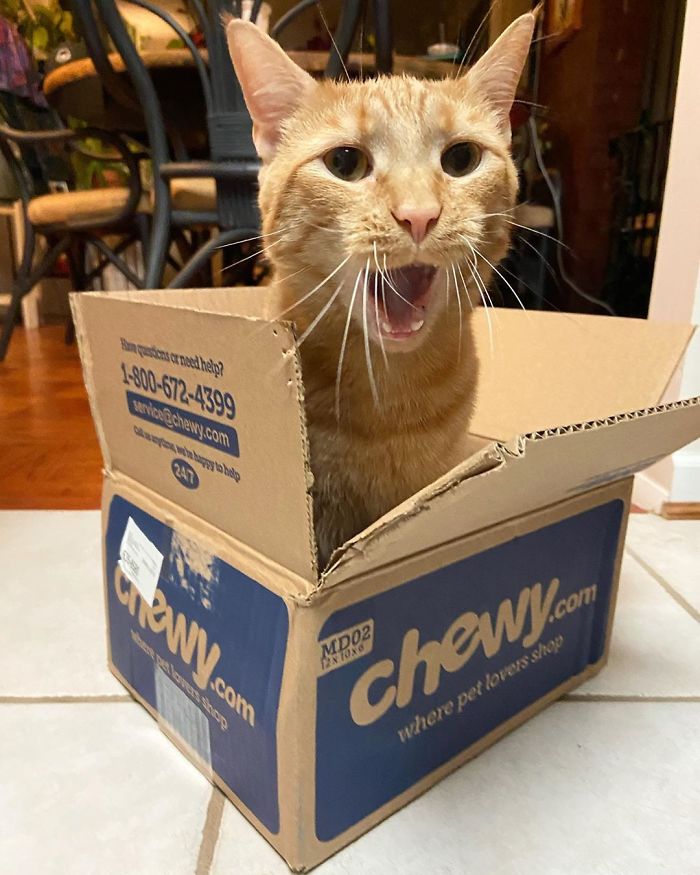 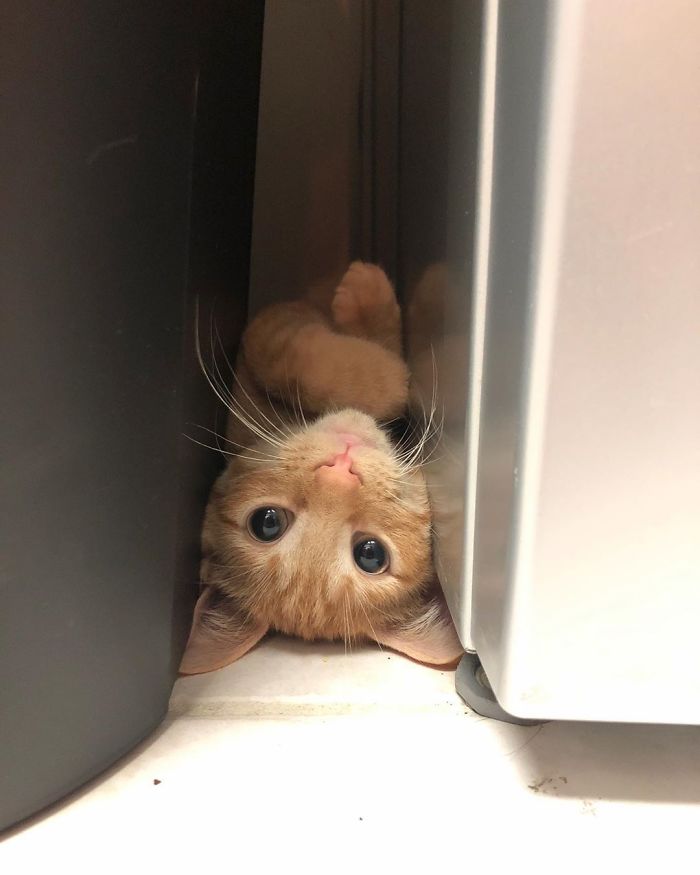 A Humpback Whale Was Just Discoverd In The Middle Of The...

21 Lessons From Lao Tzu On Life, Death, And Happiness