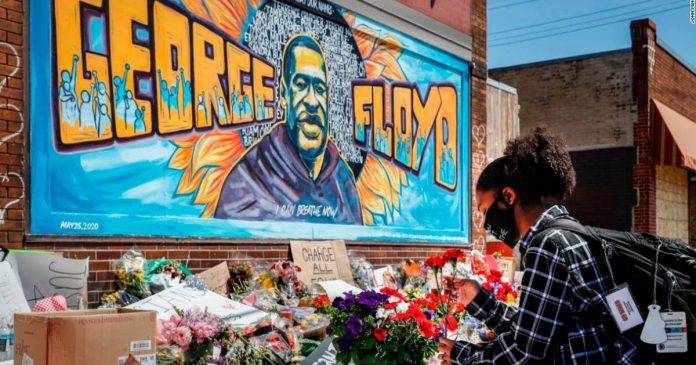 While a series of protests demanding justice and equality for oppressed African-Americans are sweeping the United States, many companies including Facebook, Netflix, Nike, Peloton, Disney, and Twitter are actively showing support and standing by the protesters.

After George Floyd, an unarmed black-man, was brutally murdered by a white police officer in Minneapolis, thousands of Americans took to the streets to battle racial inequality. Mark Zuckerberg, CEO of Facebook announced that he will be donating $10 million to groups fighting for justice. Last Sunday, Zuckerberg wrote on Facebook: “We stand with the black community”, and added: “I know $10 million can’t fix this.”

Facebook is already facing scrutiny for their way of handling online discussion of the protests, and Zuckerberg remarked that Facebook should do more to protect the people and avoid promoting bias. He stated that he and Priscilla, his wife, have been making contributions to organizations that are actively working to battle the criminal justice system for years, and that they have donated about $40 million annually to them. He also added that he’s “grateful” that the video of Floyd’s brutal murder was shared online, “because we all needed to see that.”

Twitter also stepped up to support the African-American communities by adding a #BlackLivesMatter slogan to its official bio. On Sunday, Twitter also presented its users with a list of accounts to learn more about “marginalized groups”, and added a suggestion which read “Diversify your feed” in one tweet.

We’ve curated a list. Diversify Your Feed to amplify voices from underrepresented communities and marginalized groups.

To assist allies and potential allies in their journey of learning. To stand in solidarity. #BlackLivesMatterhttps://t.co/YlbBcP1f84

Peloton (PTON), a fitness startup, donated $500,000 to the National Association for the Advancement of Colored People (NAACP)’s legal defense fund in an attempt to support black communities. John Foley, CEO of Peloton, wrote: “This week, what’s become clear to me is we must ensure this is an anti-racist organization”, in a message to users.

Nike also came forward to express solidarity for black communities by reversing it’s iconic slogan “Just Do It” in an online video, to “For once, Don’t Do It.” The video read “Don’t pretend there’s not a problem in America. Don’t make any more excuses. Don’t sit back and be silent.”

To be silent is to be complicit.
Black lives matter.

We have a platform, and we have a duty to our Black members, employees, creators and talent to speak up.

Robert Iger, Disney’s Chairman, wrote in a memo to employees that the COVID-19 pandemic combined with the recent protests are opening up the deep-rooted racial issues prevailing among Americans.

Below is a link to a statement we sent to our fellow @Disney employees. It’s from Bob Chapek, our CEO, Latondra Newton, our Chief Diversity Officer, and me.
Thank you.https://t.co/R6ucJhv26p

Evan Spiegel, CEO of SNAP stated that he’s “heartbroken and enraged by the treatment of black people and people of color in America”, in a memo to employees. He also emphasized the importance of creating a process that reflects American values that helps the nation to embrace the necessary changes and heal.

Apple’s CEO Tim Cook stated: “Apple has always drawn strength from our diversity, welcomed people from every walk of life to our stores around the world, and strived to build an Apple that is inclusive of everyone”, showing solidarity to the African-American communities.

Protests Are Getting Tense In New York. Watch The Video Below

These Types Of Men Give The Best Orgasms To Women