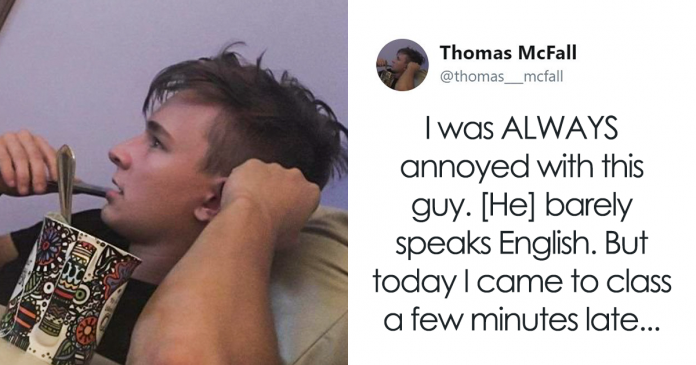 People shouldn’t prejudge the worth or value of something by its outward appearance alone that why the famous quote “Don’t judge a book by its cover”, expresses that one should not evaluate something by its outward appearance only. That’s exactly what happened in this case where a guy who did just that failed to recognize his mistake but in the end, he learned a priceless lesson; friendship.


Thomas Mcfall shared his recent shocking experience on his twitter page which went viral because of all the good reasons. People were touched by the sincerity of the “immigrant student” and Thomas’ capacity for being honest and self-realization.

People are so inhumane and selfish these days they seem to forget to be caring towards the others and connect with them. Thomas was constantly annoyed with the foreign guy sitting next to him in class at Youngstown State University, Ohio, only noticing this guy’s negatives and making no time to read between the lines. What happened next was shocking. It taught Thomas what he was missing.

Unfortunately, this heartwarming story irritated a few but since the story went viral there were a few positive reactions.“The response has been mostly positive,” Thomas told Bored Panda. “However, I’ve been branded as a racist by a multitude of individuals. To me, that thought process is unjustified and insane. I’ve also received death threats. But nothing too surprising given the nature of the internet.”

Sadly, because of this, the story will end there. “He’s seen that I’ve been getting death threats due to my story and he doesn’t want to reveal any identifying information,” Thomas explained about his friend’s concerns. “That’s why a GoFundMe hasn’t been started.”

The pair have a strong bond and will continue to keep their unique friendship going.“We will absolutely stay friends. He’s great!”

Thomas Mcfall recently encountered a touching experience which he learned quite a lot. 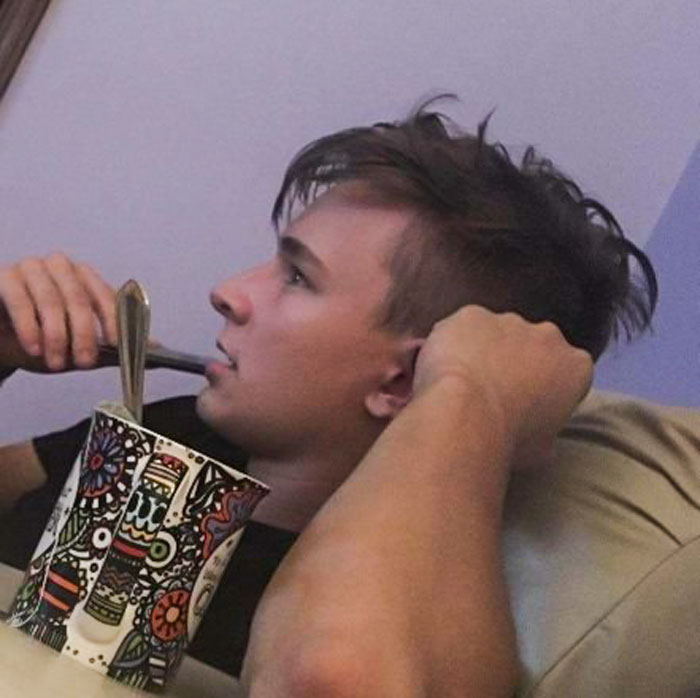 He later shared this unusual incident on his twitter page. 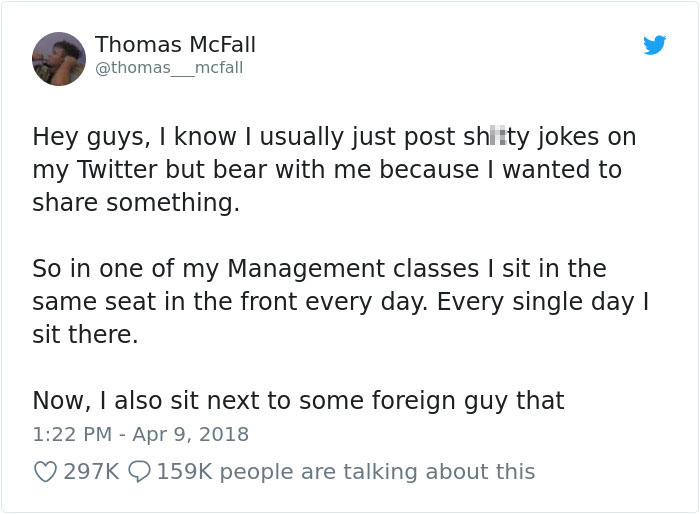 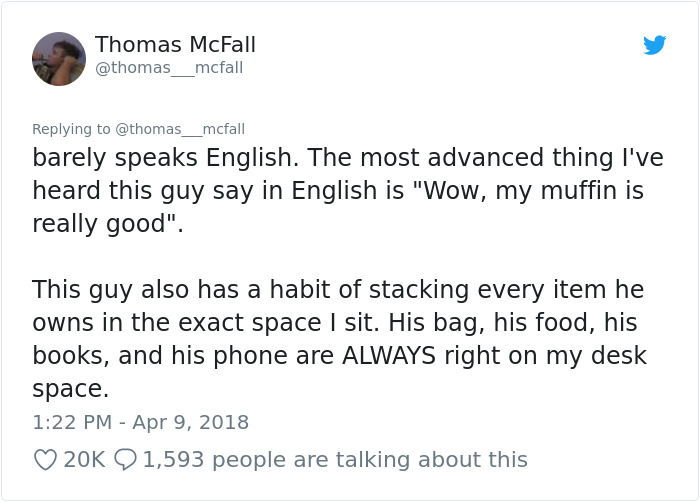 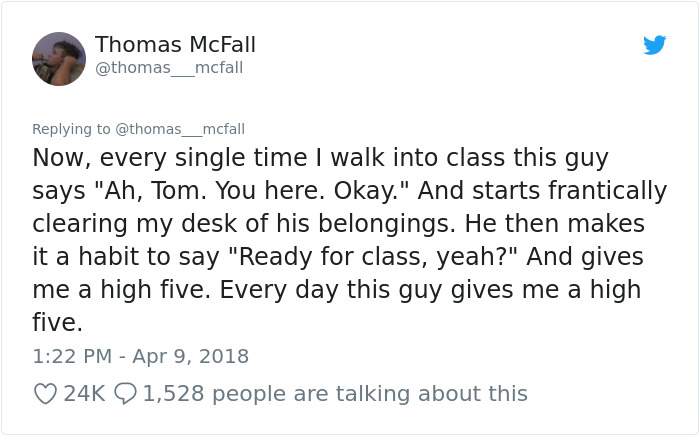 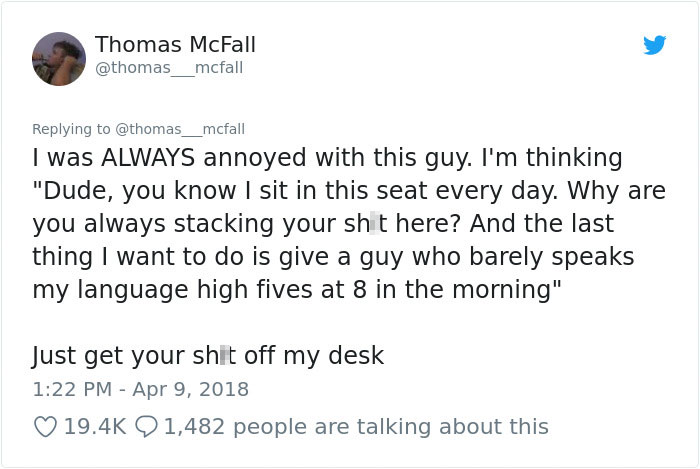 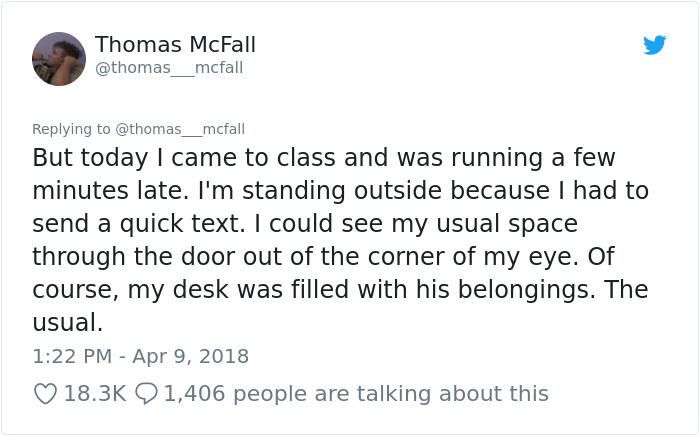 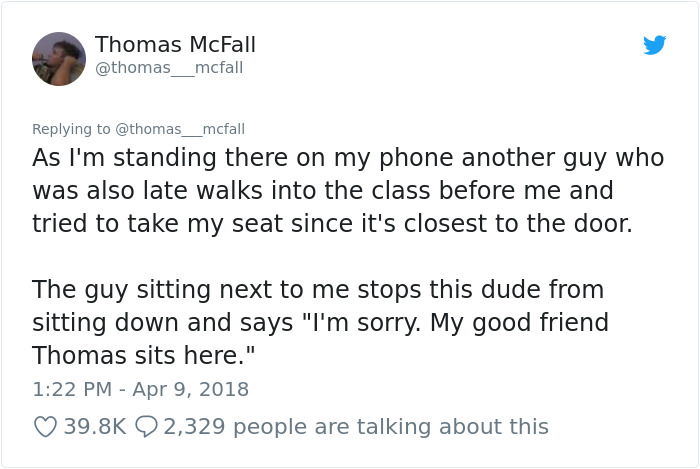 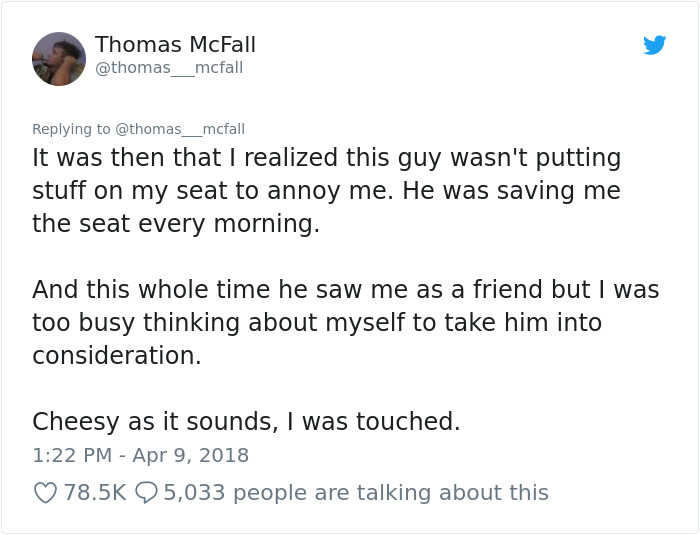 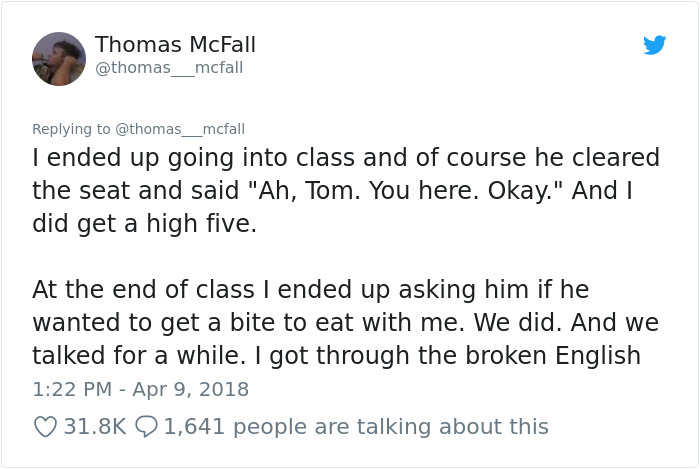 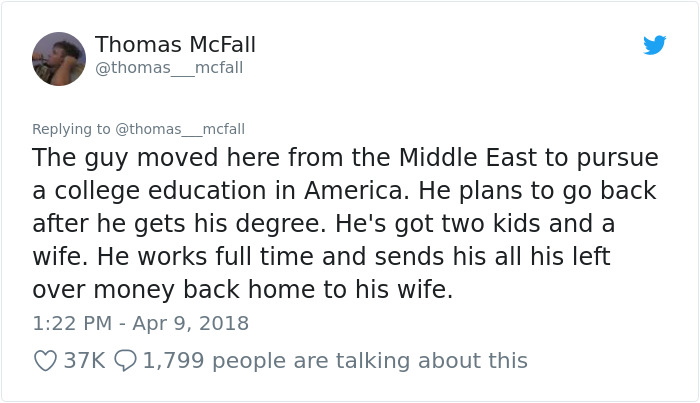 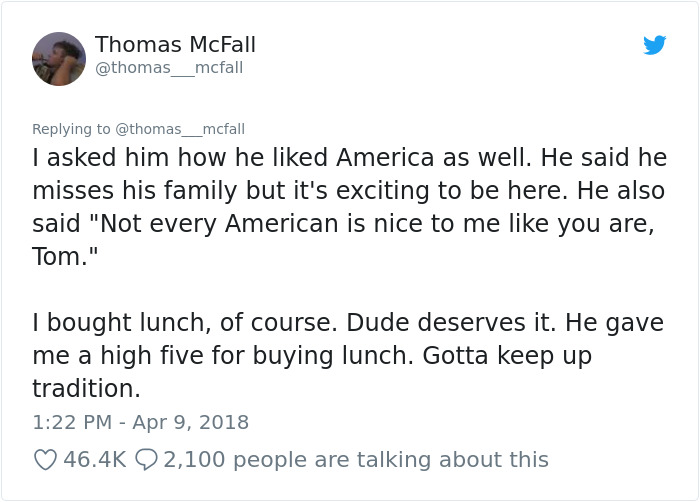 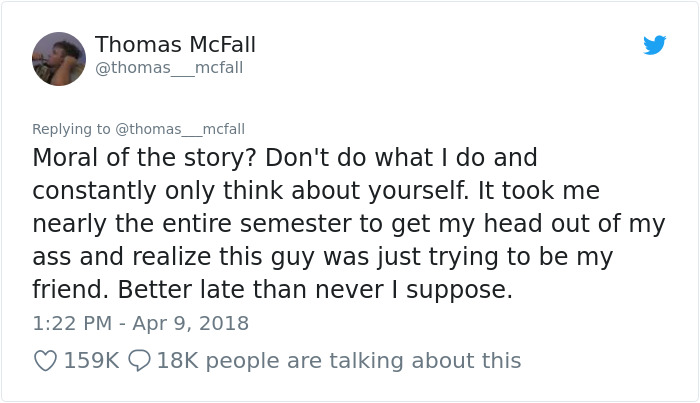 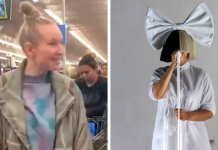 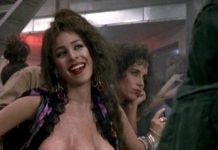 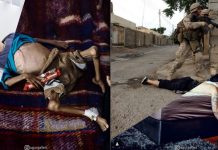 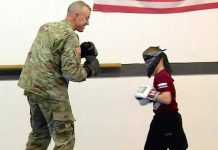 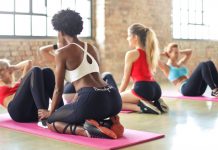 10 Fitness Myths That Are Doing More Harm Than Good