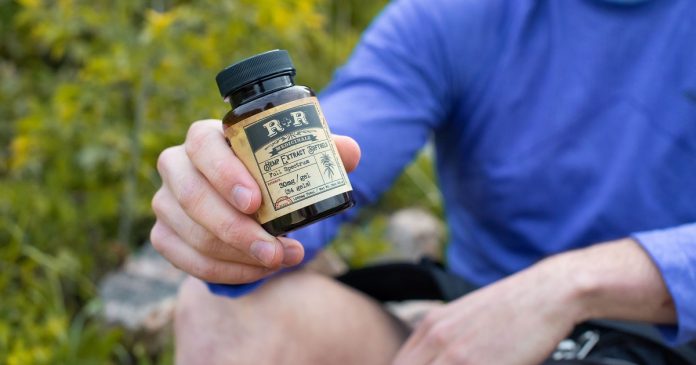 Dealing with seizures is one of the most painful aspects of living with epilepsy. But, it seems like CBD oil from the marijuana plant could be the answer to helping sufferers overcome this ailment. Read on to find out what recent research data says about CBD’s ability to stop seizures.

What is CBD Oil?

Cannabidiol or CBD for short, is one of hundreds of compounds found in the cannabis plant. Not only does it offer a plethora of medical benefits but it doesn’t come with any of the intoxicating effects that are often associated with cannabis. Only the tetrahydrocannabinol (THC) compound is known for triggering psychoactive effects in the brain and unlike CBD, it doesn’t provide any medicinal benefits.

How Does CBD Oil work to Stop Seizures?

When it comes to the neurological effects of CBD, we know that it works through numerous molecular pathways.

It targets certain brain receptors known as sodium ion channels, glutamate receptor antagonists, calcium ion channels, receptor agonists and the GATA system. This affects the flow of ions in and out of the neurons which helps to actively diminish epileptic seizures.

However, the most effective aspect of CBD is its ability to inhibit anandamide reuptake and breakdown. As a result, the endocannabinoid levels increase to bolster up the brain’s neuroprotective effects, thus effectively preventing seizures and other neuropsychiatric disorders.

The best part is that CBD oil doesn’t come with any adverse side effects for epilepsy patients. This might be due to the fact that CBD is an all-natural compound that’s able to attach itself to brain cells by binding with a fatty acid binding protein (FABP).

Once CBD infiltrates the cell, it can break down anadamide through a process known as fatty acid amide hydrolase. This slows down the anadamide from reaching the cell and limits its access to FABP, thus effectively working as an antiseizure treatment.

Research into CBD Oil and Seizures

The medical establishment has found ways to isolate the CBD compound in order to extract and understand its health benefits. CBD oil has been found to be effective at treating a number of ailments, especially seizures.

According to a study conducted by NYU Langone’s Comprehensive Epilepsy Center in New York City, CBD oil taken in a daily dose of just 10 mg can significantly reduce the occurrence of seizures and improve the patient’s quality of life.

Dr Orrin Devinsky who’s the lead researcher for the program, states that this clinical trial is one of many which prove that CBD is a viable and effective treatment for epileptic seizures.

During the trial, a pound-for-pound comparison was done between Epidiolex and an inactive placebo. The study involved 225 patients all suffering from a common form of epilepsy known a Lennox-Gastaut syndrome.

According to the study, taking a 20 mg dose of the CD drug lead to 42% decrease in seizures, while a 10mg dose resulted in a 37% decrease. The placebo group only experienced a 17% drop in seizures throughout the course of the study.

Meanwhile, the US Food and Drug Administration is poised to approve the use of the CBD drug Epidiolex in the whole country.

This makes sense when you consider that CBD oil tends to work even when all other traditional treatment methods have failed. It has shown an ability to alleviate the worst occurrences of seizures and it doesn’t come with the side effects associated with conventional treatments.

Also, Epidiolex is unique from the CBD oils that you can purchase from your local health shops. It only contains plant-derived CBD without the contentious THC compound added in.

Patients who suffer from seizures will do well to look into CBD oil as an effective treatment for this painful ailment. Results have shown time and again, that CBD oil can diminish the occurrence of epileptic seizures. For best results, opt for CBD-only oils that don’t contain THC to avoid any psychoactive effects. Also, make sure to only consume CBD oil under the supervision of a trained medical professional, and purchase it from licensed medical cannabis clinics in your state or country.

Read here more information on CBD and THC laws for every state.

Michelle Obama Was Declared The Most Admired Woman In The World

The New Age Of Motorcyclists