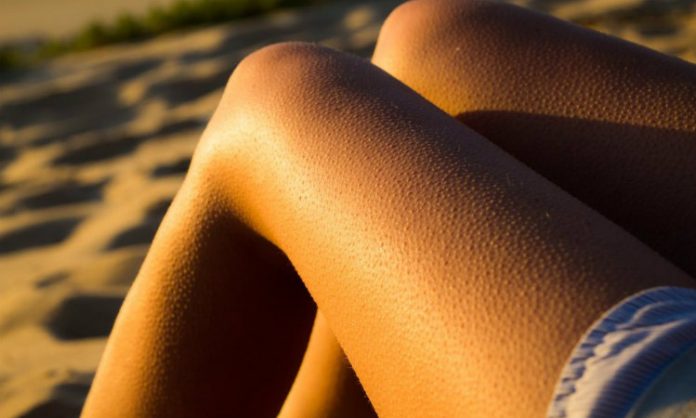 Have you ever been listening to a great song or music and felt a chill through your spine? Or goosebumps tickle your arms and shoulders?

The experience is called “frisson” and it feels like waves of pleasure running all over your skin and spine. Some researchers call it a “skin orgasm.” According to researchers, listening to emotionally moving music is the most common trigger of frisson. Few experience frisson while looking at great artwork and while watching movie scenes.

But why only certain people experience frisson and others not?

Mathew Sachs who was an undergraduate at Harvard University wanted to conduct a research on individuals who get a sensation while listening to music.

He personally can remember getting chills when listening to ‘Whole Lotta Love’ by Led Zeppelin when he was 16.

Methew took a sample of 20 students for the research, out of which 10 students felt a sensation on their skin while listening to emotionally stimulating music, and the rest did not feel anything as such. Later all of them were subjected to brain scans.

The results pointed out that the two student segments had different brain structures. Matthew Sachs points out that the students who reported a sensation had a denser volume of brain fibres that connect the sections that process auditory information and emotions. More fibres means they have more efficient processing between the two sections.

In simple words, they were experiencing a stronger emotional connection to what they were hearing than the 10 people who didn’t get chills.

What kind of song is more likely to trigger this sensation

Now let’s analyse what kind of music will more likely induce such chills. William Halimou who was a 4th year undergraduate student at Oberin College, did a research on Music lessons which induce chills. William identified that the type of music which induce chills vary from person to person. He mentioned that certain people get chills because of a past memory they has which is connected to a song.

Another study conducted by Grewe has a different perspective regarding the subject. He identified that musical passages that contain new or unexpected harmonies or sudden dynamic or textural changes evoked shivers the most.

Why people who feel this kind of a sensation is special

As explained by neuroscientists when a person have a higher volume of fibres that connect their auditory cortex to the areas associated with emotional processing, which means the two areas communicate better.” Basically, poses a wider, richer range of emotions than an average person.

People who suffer from depression and are not mentally healthy has a lower emotional response towards music. If you experience musical frisson that means your mental wellbeing is very healthy.

Also many researchers state that people who are more likely to get Goosebumps while listening to music had a personality trait called “openness to experience”.

Due to this personality trait, people who experience frisson have unusually active imaginations, appreciate beauty and nature, seek out new experiences, often reflect deeply on their feelings, and love variety in life.

Embrace those Goosebumps peeps, that means you have a special and a unique brain.

The Internet Can’t Get Enough Of This Man Who Volunteers And...

19 People Who Survived Getting Struck By Lightning Show What It...