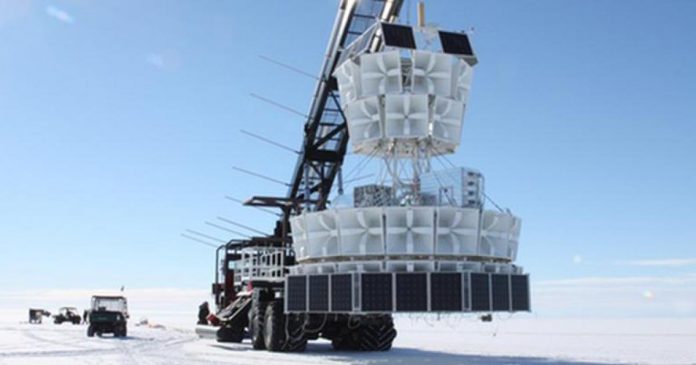 An experiment conducted by NASA in Antarctica has led to a groundbreaking revelation. It has disclosed proof for the existence of a universe parallel to ours, but this universe is governed by rules of physics which totally contradicts that of the known universe.

Since 1952, physicists have been debating over various opinions regarding the possibility of a multiverse, which is a situation where multiple universes exist parallel to each other. These universes may or may not have the same laws of physics as ours, but they definitely should have different timelines, or in other words, they should exist in different dimensions.

Erwin Schrodinger, a pioneer in quantum science was the first to propose the multiverse theory. Although his theory seemed crazy back then, it’s starting to make sense now due to this new discovery made by NASA. Scientists have identified a cosmic ray that contains a particle with a very high possibility to be from a different universe.

For this experiment, NASA used its Antarctic Impulsive Transient Antenna (ANITA), which is a giant balloon-like device that has the ability to take sensitive electronic antennas into the air above Antarctica. This air is very cold and dry, so radio noise cannot affect the readings. Continuous transmission of high energy particles occurs, and these can be detected from the correct equipment. Most of the time, these winds of high-energy particles are millions of times more powerful than what we can produce.

ANITA experiment was designed in order to study ultra-high-energy (UHE) cosmic neutrinos. This is done by detecting the radio pulses emitted by the interactions of cosmic neutrinos with the Antarctic ice cover. This task can be fulfilled by suspending an array of radio antennas from a helium balloon flying at a height of around 37,000 meters.

Neutrinos barely interact with our planet, as they can pass through Earth’s matter completely. But some high-energy particles can be stopped by Earth’s solid matter. The important point is, all high-energy particles that come into contact with the Earth can only be detected on their way into the planet. If by any chance such a particle is detected on their way out of the Earth, that means it is traveling back in time. This is the exact phenomenon that was discovered by ANITA.

Peter Gorham, the chief investigator at ANITA gave a brief explanation about the findings. He stated that for this to take place, the particle should change into a different type before it passes through the Earth, and then back again. These theoretically impossible events can happen very rarely. But ANITA team has observed several such events.

So how can this happen? For this question, there’s a more simple and magnificent answer. When the big bang took place, two universes were created. It’s a well-known physics law that every action has an equal and opposite reaction. So in this alternate universe, time flows backward and all nature’s laws that govern it are opposite to ours. While our universe is continuously expanding, this newly discovered universe is rapidly compacting, going back towards the big bang.

Watch the video below to learn more about this amazing discovery

15 Steps To Confess To Your Crush And Start Dating