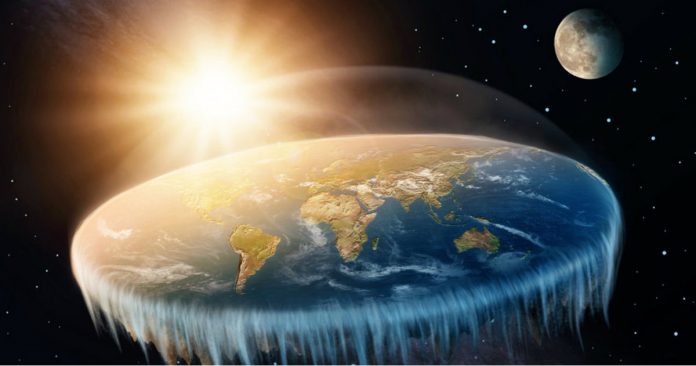 According to NASA gov, Earth is our home planet. Scientists believe that Earth and its moon formed around the same time as the rest of the solar system. They think that it was about 4.5 billion years ago. Earth is the fifth largest planet in the solar system. Its diameter is about 8,000 miles. And Earth is the third closest planet to the sun. Its average distance from the sun is about 93 million miles. Only Mercury and Venus are closer.

Everyone knows that the Earth is round. We have known this for thousands of years. Addition to that, various scientists and philosophers have stated that the earth has a spherical shape from the past.

However, Members of the Flat Earth Society claim to believe the Earth is flat. According to Live Science Flat Earth Society’s leadership, its ranks have grown by 200 people (mostly Americans and Britons) per year since 2009. Judging by the exhaustive effort flat-earthers have invested in fleshing out the theory on their website, as well as the staunch defenses of their views they offer in media interviews and on Twitter, it would seem that these people genuinely believe the Earth is flat.

Furthermore, According to Christine Garwood, author of “Flat Earth: The Story of an Infamous Idea,” Christopher Columbus did not discover that the world was round. The idea of the world as a sphere had been widely accepted in scientific, philosophical and even religious circles from as early as the fourth-century bc.

As per the view of historian Jeffrey Burton Russell in 1997: “With extraordinary few exceptions, no educated person in the history of Western civilization from the third century onwards believed that the Earth was flat.”

In the same year, the eminent scientist Stephen Jay Gould wrote that “there was never a period of ‘flat earth obscurity’ among scholars. Greek knowledge of sphericity never disappeared, and all medieval scholars accepted the roundness of the Earth as an established fact of cosmology.”

According to Fernando de Magallanes (1480-1521) “The Church says that the Earth is flat, but I know it is round because I saw its shadow on the Moon. And I have more faith in a shadow than in the Church.”

Rowbotham toured England and argued that the Earth was a stationary disk and the Sun was just 400 miles away.

In 1870, John Hampden, known for pioneering polemics, described the Flat Earth and spoke of Isaac Newton – the writer of the theory of gravity – as “a drunk or a madman.”

However, one user on Reddit has come up with a brilliant idea for all these disagreements.

“Let’s make a reality show to ‘cure’ the Flat Earth issue. Therefore, a group of flat Earther’s should be sent out on an expedition where they can discover the ‘edge’ of the World”

Everyone who believes in Flat Earth theories is convinced that it is not possible to reach the edge of the world since the end of Earth is blocked by a massive wall of Ice and it is protected by the world’s military.

Finally, Reddit suggested that the group of Flat Earthers should be taken to both the North and South Pole. Therefore, they can see for themselves that the earth is not flat and there’s no ‘edge. Furthermore, Other users on social network suggest that we should take a group of Flat Earthers into space. Therefore, they can realize that the Earth is round. As we can understand, it is a quite expensive solution.

If you enjoyed, reading this article you can share the article among others and see their opinion in this.

The Animal You See First Explains Your Hidden Personality