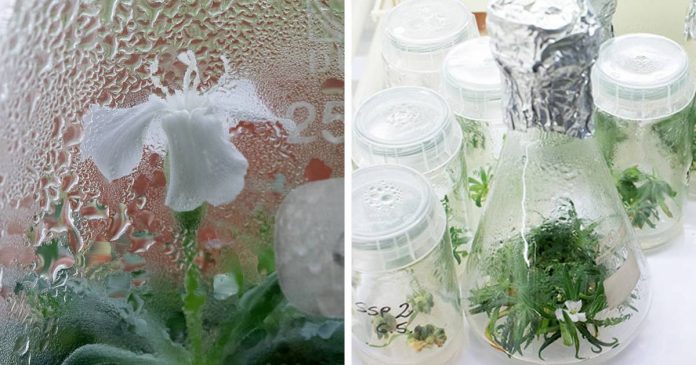 We call Earth our home, but still there’re so many mysteries left to be uncovered in this planet. From time to time, pieces of this puzzle appear from all over the world, and this is one such story where in 2012, six Russian scientists managed to grow a plant from a 32,000-year-old seed.

S. Yashina, S. Gubin, S. Maksimovich, A. Yashina, E. Gakhova, and D. Gilichinsky were left completely flabbergasted when they discovered some seeds that were 32,000 years old, and grew a viable plant from them. Buried 125 feet underground when they were found, the seeds were fully covered with ice. They were discovered in a Siberian rain forest. What’s even more fascinating is, this wonderful discovery was made when scientists were investigating the burrows of ancient squirrels!

A plant named Silene stenophylla was grown from the newly discovered seeds, and the way these seeds managed to remain viable for this long is still a mystery.

A group of scientists in Austria decided to resolve this mystery by researching about the DNA of these plants. This research is being carried out at the Vienna’s University Of Natural Resources And Life Sciences.

This series of experiments are aimed at finding out the changes in plant genes that have the ability to adapt to extreme environmental conditions such as very high and very low temperatures. Such discoveries are very important when dealing with climatic change.

Also, the Russian permafrost is currently defrosting, giving the researchers more opportunities to investigate the environment.

Let’s wish these scientists the best of luck for such amazing discoveries!

People Had Mixed Responses Towards This News

11 Personal Things That Aren’t Safe to Share Even With Your...

There Is A Town Where It Is Illegal To Die (But...