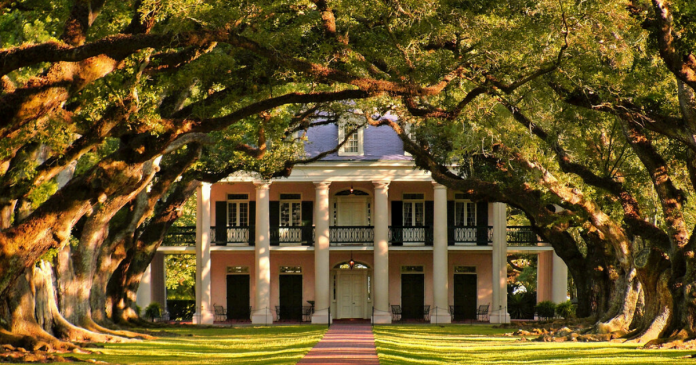 What comes to mind when you think of the South? Maybe it’s the vibrant chaos of New Orleans Mardi Gras or the thrill of horse racing in Kentucky. But often, a vision of the South, especially the old South, is that of life on a plantation.

Of course, plantation life is long gone now, and we can all be glad about that. Based on the widespread use of slavery, the plantation system was more or less eradicated after the Civil War and the emancipation of the slaves.

Until somebody invents a time machine, you’re never going to be able to go back and see for yourself what life was like in the antebellum South. But when you stay at Oak Alley plantation in Vacherie, Louisiana, you could be forgiven for thinking you’ve been transported back in time.

Only an hour’s drive from Baton Rouge, this unique place to stay feels like a completely different world.

The plantation was founded by Valcour Aime, one of the richest men in the South when he bought the property in 1830. Soon, however, he traded the property for another one owned by his brother-in-law Jacques Roman. It was Roman, probably with help from his architect father-in-law, who oversaw the building of the present mansion which was completed in 1839.

The plantation takes its name from the path that runs up to the house, lined by a double row of southern live oaks that spread their branches on either side. This striking visual feature is the perfect introduction to the Greek revival mansion, and was a popular landscaping feature of the time.

The landscaping and architecture of the plantation have seen it added to the Register of National Historic Landmarks, and they continue to draw visitors to this day. The plantation is also famous in agricultural circles for developing the innovation of grafting pecan trees, which began at Oak Alley in 1846.

The beauty of the grounds of Oak Alley plantation owes a lot to the efforts of a slave known as Antoine. His innovation in grafting pecan trees created a new variety of pecan with a shell that could be cracked with a person’s bare hands. When Roman died in 1848, in an inventory of his property assigned Antoine a value of $1000 – an astonishing sum at that time that speaks to the skills of this gardener.

The heyday of Oak Alley turned out to be short-lived. After the Civil War, the abolition of slavery meant that sugar production on the estate was no longer viable. Over the years, the property was sold to a number of owners and spent some time as a cattle ranch. Finally, in 1972, Oak Alley plantation was opened to the public.

These days, Oak Alley Plantation is an inn and restaurant that allows you to experience a taste of the past. Guest accommodations are set up in self-contained cottages on the grounds, allowing for exceptional privacy. Depending on what you’re after, you can choose from the charm of century-old cottages or the modern conveniences of newly constructed ones.

Each cottage is slightly different, which adds to the unique and quirky charm at these accommodations. However, each cottage has air-conditioning, a fridge, microwave, coffee maker, and Wi-Fi.

The self-contained cottages are ideal for couples breaks and family holidays. Given its atmospheric grounds, Oak Alley plantation is also an extremely popular destination for weddings and other events. Group bookings are available so you can bring the whole family to your big day.

Things to do at Oak Alley Plantation 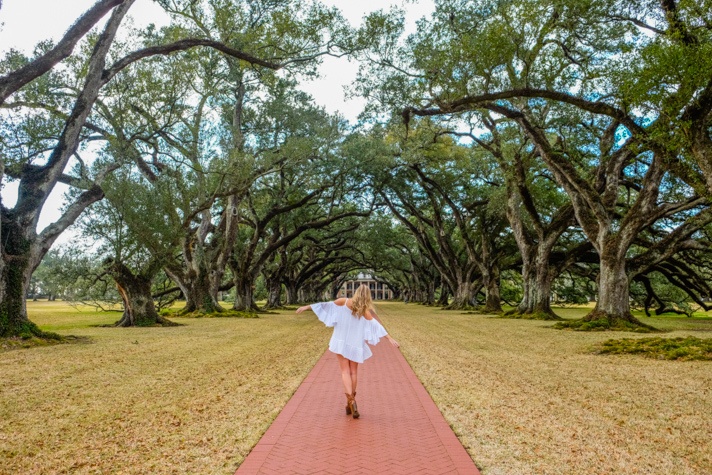 Part of the appeal of visiting Oak Alley Plantation is to enjoy the serenity of the rural environment. The manicured grounds of the property are the perfect place to unwind. But the peace and quiet doesn’t mean Oak Alley lacks for things to do. It’s well-placed to explore Baton Rouge and other fascinating parts of Louisiana. Here are just some of the nearby attractions.

12 Traits Of People Who Have True Integrity