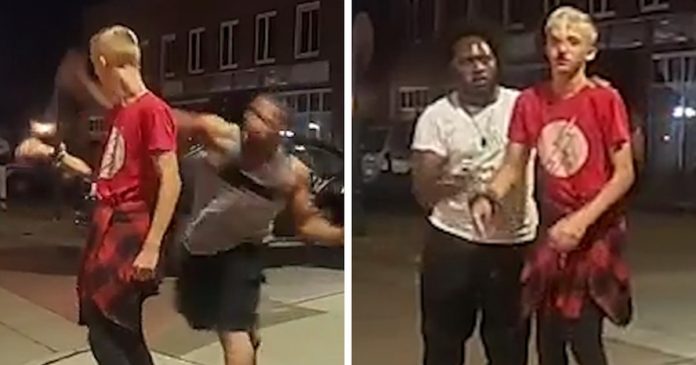 A video is being shared online where a random guy sucker punches a stranger who is dancing on the street. It was found out that the victim is a 12-year-old boy while the attacker has been identified as Cedric Charles Moore Jr. The Missouri police are still hunting for the attacker who seems to have fled all places he is known to be seen.

The video shows a young boy dancing on the sidewalk to music being played on a player, with two other people sitting close to him. While he continues to dance, a black vehicle approaches the place, stops in the middle of the road and the man who gets out of the vehicle slowly comes dancing towards the dancing boy. Once the man is close to the boy, he suddenly sucker punches the boy and runs back to the vehicle. At the same speed he ran, he goes away in the vehicle without looking back. 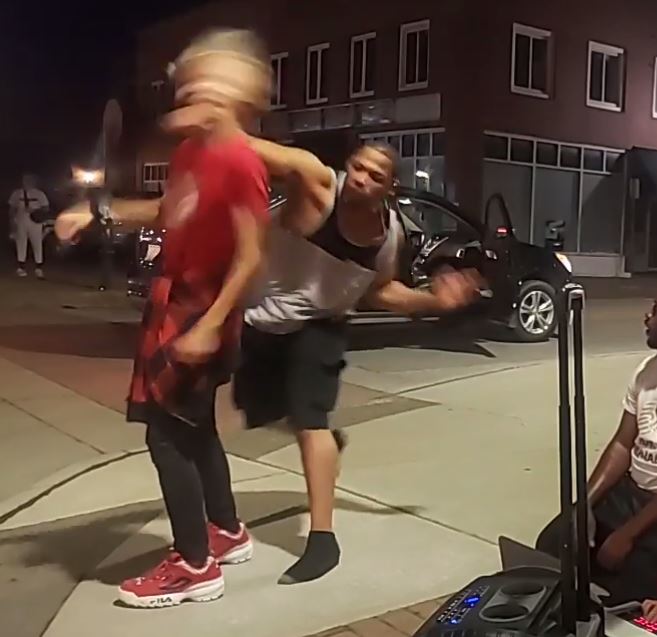 The punch is so strong that the boy loses his balance and falls down on the sidewalk. While the boy who was hit sits on the sidewalk out of shock since it all happened in the blink of an eye, one of his friends who were enjoying the music with him runs towards the vehicle in disbelief. While the attacker flees, lots of people who were around the place gather there to see what happened.

While the victim suffered a head wound, Moore has been charged with two felonies including assault in the second degree. However, given the manner in which the attacker attacked out of no reason to trigger him, what he is capable of is unpredictable. He has also been charged for felony in child endangerment in the first degree given the age of the victim coupled with the violence of the act.

Moore’s bail is already set at $50K cash only. Anyway, the victim’s mom Stephanie Hagler hopes that no one posts the attacker’s bail.

Watch the video below

The Single Dad Parented A Broken Teenager In The Hospital

21 Animals Are The Greatest Moms Ever

How Long Does It Take To Learn MMA?