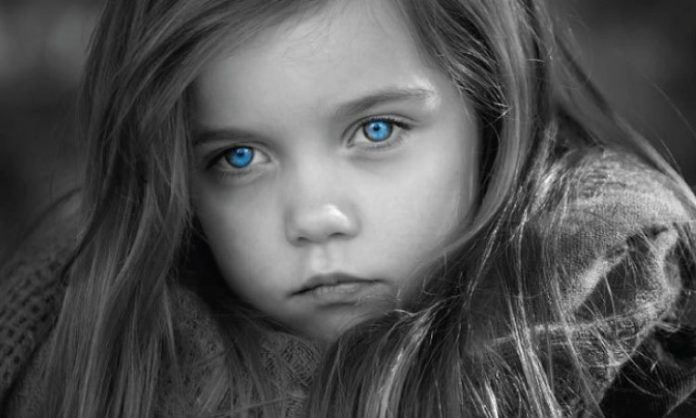 Who are they? The term ‘Indigo child’ does not literally mean it’s about a person of lower age. Not just children, an indigo child could be anyone who could bring people to their true essence. They are the people who come to this world to bring about a spiritual awakening in humanity.

Having said that, it is important to remember that just because someone is an indigo, that does not make them perfect humans. It is a normal tendency that an indigo child could be a fragile introvert, low self-esteemed, suicidal or prone to addictions.

An indigo children are free thinkers who does not limit their boundaries to mainstream society, religion, race or common rules. Indigo children are spiritually gifted free thinkers who could see the truth clearly than the rest of the world. An indigo child does not follow traditional rules with no proper meaning and would always argue against them to expose the faults of the system to the people around them.

Where did the term “Indigo Child” come from?

A teacher and Counsellor ‘Nancy Ann Tappe’ researched about the human auric field, which is also known as the electromagnetic field of humans. She identified that this field surrounds every living thing.

In her book “Understanding Your Life through Colour” Nancy was able to institute a shockingly accurate method to psychologically profile a person using her new auric colour method. What she noticed was that 80 percent of the children born after 1980 had a new deep blue coloured auric field which wasn’t common for the humans who were born earlier. She called this new colour “indigo”.

Are you or your children an indigo? Signs to identify an Indigo Child

An indigo child is a passionate person who will go to any distance to accomplish their goals or dreams. Even if other people criticize or don’t support them, they will always go forward.

If you prefer to think for yourself rather than blindly following the crowd, you have this sign common with an Indigo child.

Indigo Children have a deeply spiritual and philosophical outlook on life. If you have felt that you have lived many lifetimes and you carry knowledge more than others in your age, you could be an Indigo child who possess an old soul.

Deep desire to help the world in a big way

If you are an Indigo child, you would always have an inner feeling that you have come to achieve a higher purpose than living an ordinary life. You would want to challenge the status quo and make a difference in the way certain things are happening in the world. You could be anything from a philosopher to a revolutionist to a rebellion, who would work to make a difference in the world for its betterment.

Indigo children tend to be more creative, with an artistic flair for music, jewellery making, poetry, etc. The nonconformist brain of an Indigo child loves to express itself through art and creativity

Because of the sharp and inquisitive mind possessed by Indigo children, they feel irritated and bored with normal, traditional and conventional ways.

Prone to extreme anxiety and depression

The indigo children are more concerned about life itself than themselves. What a normal person does to satisfy himself would be seen by an Indigo as something merely useless. Indigo children normally question about things like the purpose of living, meaning of suffering, use of starting a family and living a conventional lifestyle etc.…

Thinking deep on certain above mentioned subjects makes Indigos loose interest on perusing a lifestyle which is followed by majority of humans, hence gets anxiety and depression.

An Indigo child would refuse to be framed in the ideologies and rules of a religion. They will have a tendency to be spiritual, where they can connect with their higher self through their own thinking rather than following a fundamentalist teaching.

By either through aggressive acting-out or through fragile introversion, Indigo children tend to distant themselves from the society. Since most of the things that are chased by the people in the society would seem useless to indigo children, they would prefer to spend time in their own company or few people who are like themselves. They prefer isolation because they do not want the society to make them follow the mainstream lifestyle which was deemed as normal.

Bonds with plants or animals

As indigo children prefer isolation from the busy and stressful mainstream lifestyle, they easily bond with nature and animals. Indigo child would feel home when they are near an ocean surrounded by trees and animals rather than living in a city with luxuries.

The feelings of revenge and jealousy over another are not seen in indigo children as they live with a greater understanding on what life actually is. They tend to serve every human and animal with empathy and compassion.

Do not respect authority

They will generally have an anarchist view politically, where they believe the world is better off without heavenly or earthly rulers. An indigo child would question authority to find answers for why things are the way they are.

Man Makes Indoor Fake Tree For A Cat, And The Master...