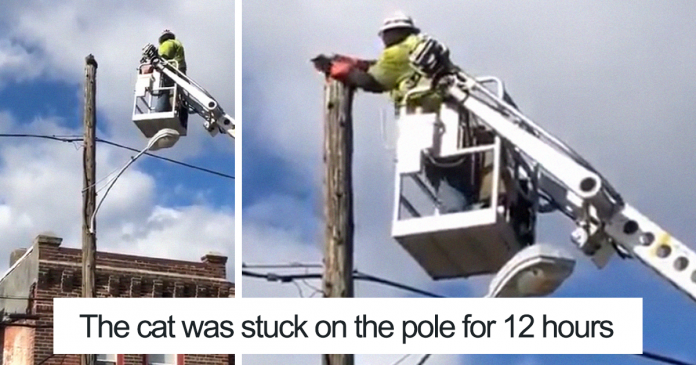 Every hero is not wearing a cape but some of them wear hardhats and yellow vests. Maurice German is an employee from Verizon and he was working in Port Richmond. However, he received a call from neighbors about their cat Princess Momma. It was that the cat had been stuck on a telephone pole for the past 12 hours. However, what ended as a joyful story for the cat ended with a job suspension for German.

The cat’s owner tried to reach the fire department, animal rescue, and the telephone company before German, who was working nearby, responded to pleas that he help the cat, who had been stuck for 12 hours, one resident told CBS Philadelphia. German rescued ‘Momma’ the cat using the boom lift he was using for work, however, German was indicated on social media for his kindness gesture, Verizon suspended him for three weeks without pay because he violated the company’s safety rules.

“For safety reasons, our trucks and related equipment are not intended to be used in the area in which he was operating, specifically around electrical wires,” a company spokesperson told CBS MoneyWatch by email. “While our actions may not be popular, he potentially put his life and those around him in jeopardy.”

Boyce said told CBS that the cat got stuck at around 10:30 pm on a Friday. She and her neighbors had tried to rescue the cat themselves at first before calling for some outside help.

One of Boyce’s neighbors Sandy McLeish, an animal activist, was the one to find the Verizon worker, who agreed to help them with their rescue mission.

Watch German carefully rescue the cat from the pole

“Momma” the cat is rescued in Port Richmond after a long ordeal. See how the community came together to get it done on #CBS3 at 11. (?= Amanda Boyce) pic.twitter.com/N2hlGoQGNC

Verizon did not like the video and suspended him 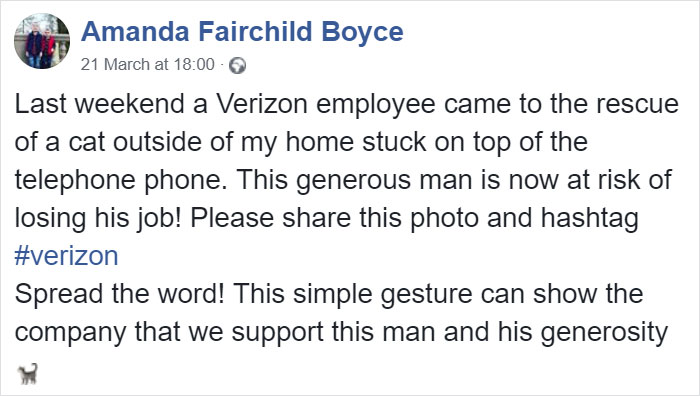 In response to Verizon’s suspension, Boyce put the company on blast with an online post and asked people to spread the word of his generosity across the internet in support.

Word caught on of German’s story and a bystander from Friday’s rescue even created a GoFundMe page to support him, writing: “This generous man is now being punished! Maurice is being suspended from his job for saving an animal. Let’s support Maurice for his good deed while his employer punishes him!”

The donations exceeded the goal by Sunday and raised close to $3,000. People touched by the story have continued to contribute to the cause and the donation number continues to go up. 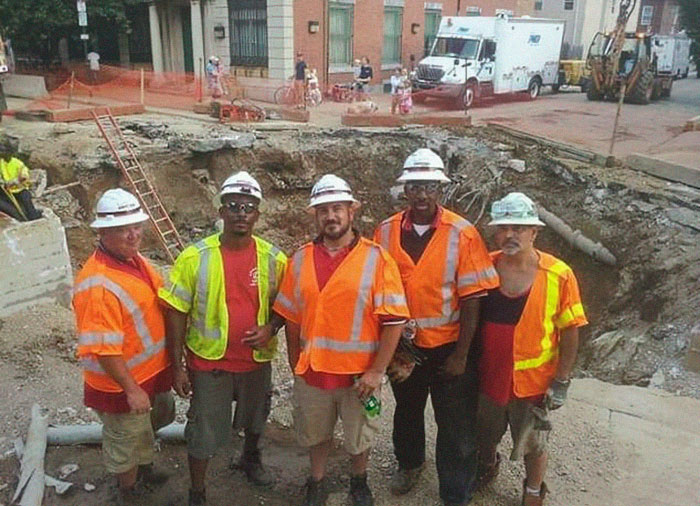 People were shocked at Verizon’s response to his rescue

All-Natural Ways To Get Glowing Skin

29 Photos Will Tell Why the Internet Went Crazy Over Maine...