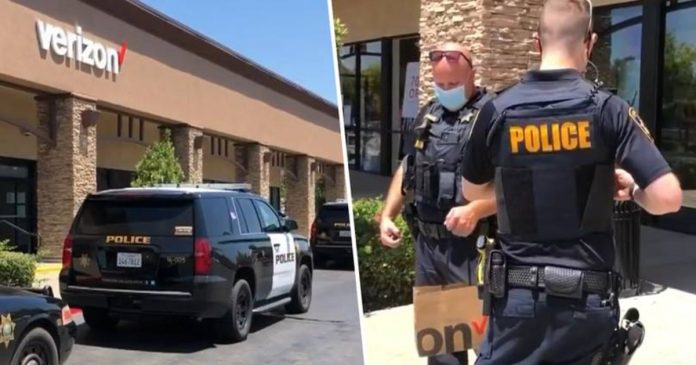 Now we are unsuccessfully completing the seventh month of the year 2020 and still we are at home due to this pandemic. And it has been confirmed that the virus is air born. So considering all of these, the governments of each and every affected country has recommended the public to wear masks whenever they go out.

But now the public is fed up with wearing masks. And now it’s clear that some people are ever-ready to react somehow in order to avoid wearing a face mask. Despite the fact that masks are important to stop the spreading of this disease and wearing a mask could help save thousands of lives while protecting oneself from the disease, people tend to think against those points to live their present life to the fullest.

Then the staff called the police and added a policeman to the phone call in order to warn her to leave the particular place. They asked several times and she refused it. And then after three or four minutes later, this particular woman pulled down her pants and started urinating in the store. All the people who saw the incident from their own eyes criticized it.

As a better reply to this whole incident, I would like to add an Instagram post from world famous Hollywood actress Jennifer Aniston’s feed. There she tells the right way to behave and gives some pretty good advice.

I understand masks are inconvenient and uncomfortable. But don’t you feel that it’s worse that businesses are shutting down… jobs are being lost… health care workers are hitting absolute exhaustion. And so many lives have been taken by this virus because we aren’t doing enough. ⠀ ⠀ I really do believe in the basic goodness of people so I know we can all do this 🥰 BUT still, there are many people in our country refusing to take the necessary steps to flatten the curve, and keep each other safe. People seem worried about their “rights being taken away” by being asked to wear a mask. This simple and effective recommendation is being politicized at the expense of peoples’ lives. And it really shouldn’t be a debate 🙏🏼 ⠀ ⠀ If you care about human life, please… just #wearadamnmask 😷 and encourage those around you to do the same ❤️

The Amazon Is Being Destroyed At The Fastest Rate In A...

When Kittens Grow Up With Kits, Kittens Start To Hop